1.  Persons with disabilities in Portugal

1.1.     Definition of person with disabilities, for operational purpose

A person with significant activity limitations and participation, in one or several domains of life, resulting from the interaction between the functional and structural changes of permanent nature and the surrounding contexts, causing prolonged difficulties of communication, learning, mobility, autonomy, interpersonal relations and social participation, leading to the mobilisation of services and resources, in order to promote the potential for biopsychosocial functioning 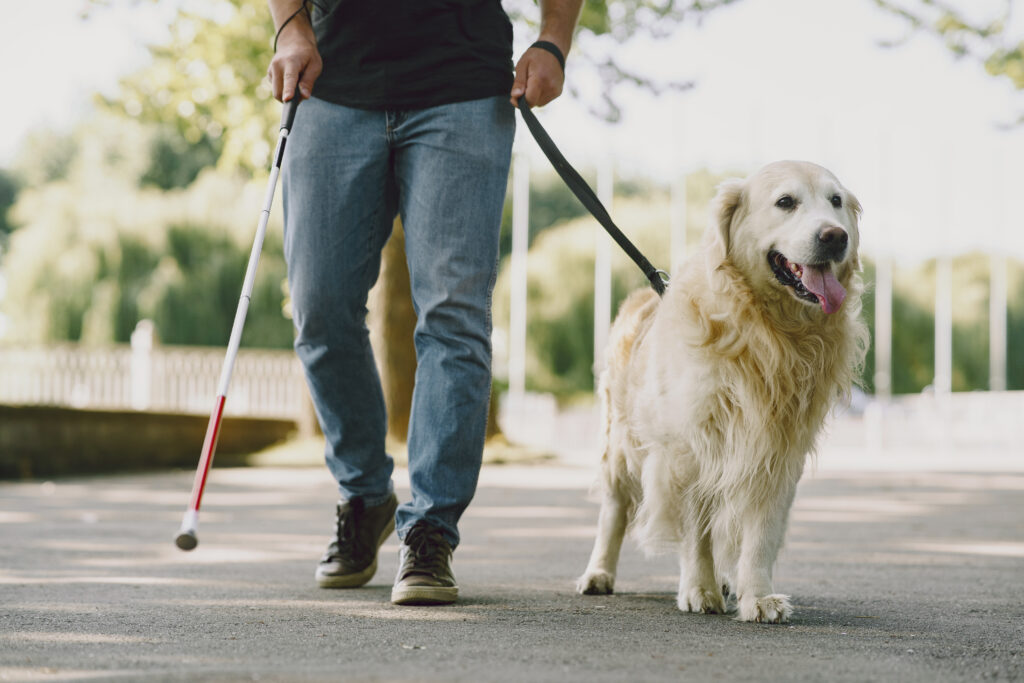 1.2.1.    Study Modelling Policies and Practices of Social Inclusion for People with Disabilities in Portugal – 2007[1] 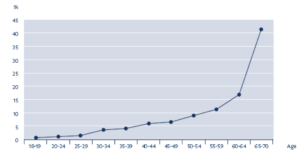 Graph 2: People with disabilities according to the type of changes in their body functions 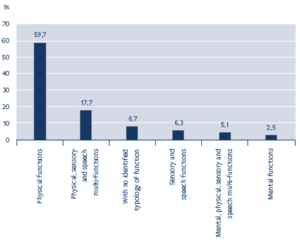 Having into account that the average number of individuals per family is of 2,4 for this population, the degree of economic precariousness is even more expressive. Considering as a reference the fact that in Portugal, in 2007, the poverty threshold corresponded to 360 Euros of income per adult, it is very likely that a significant part of this population finds itself below that threshold. 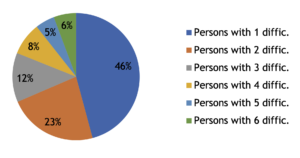 In the framework of the study Modelling (CRPG & ISCTE, 2007), the persons with disabilities interviewed were asked about their perception regarding discrimination in a set of different social contexts. 97,5% to 99,2% of the interviewees felt they have never or rarely have been discriminated on social participation contexts.

However, according to the EUROBAROMETER survey on discrimination carried out in 2012[3], disability was pointed out by Portuguese people as the second major cause of discrimination on overall settings and also in what regards to labour market.

Work and employment are key components of the policy and system, with a significant   support scheme, in terms of legal definitions, technical structures and financial resources.

Employers can also benefit from exemption and/or reduction of social security contributions owed by themselves.

Those who can benefit from those supports are:

The professional qualification and employment support of persons with disabilities is under the responsibility of the public agency in charge of the national policy of vocational training and employment- Instituto do Emprego e Formação Profissional (IEFP) – mainstreaming approach.

Since February 2019, due to a national new regulation, medium (75 > 250 workers) and large (250 or more workers) sized employers are obliged to assure quotas for workers with disabilities.